Fork UMC Back In Time Day 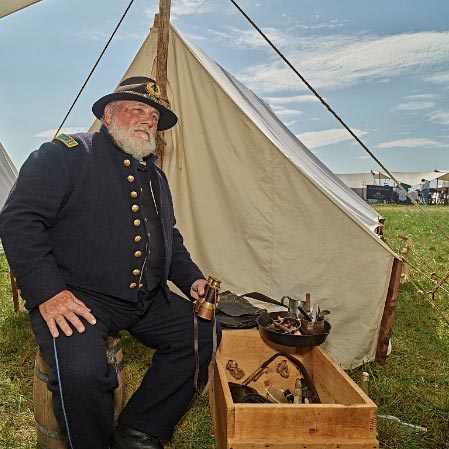 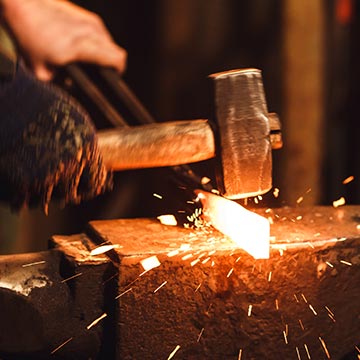 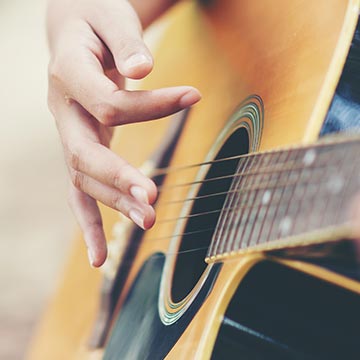 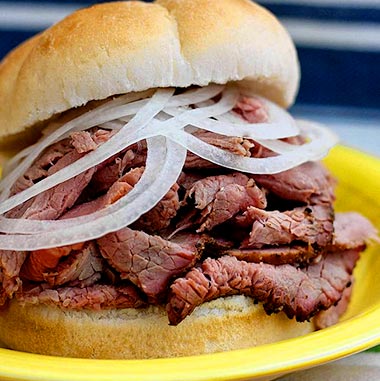 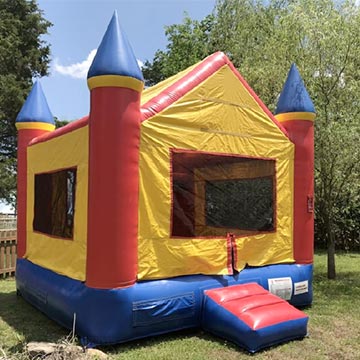 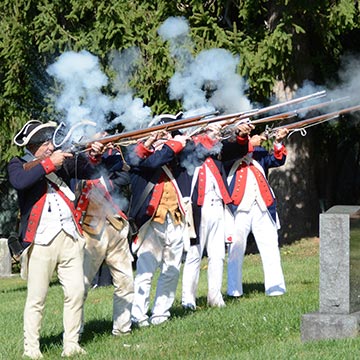 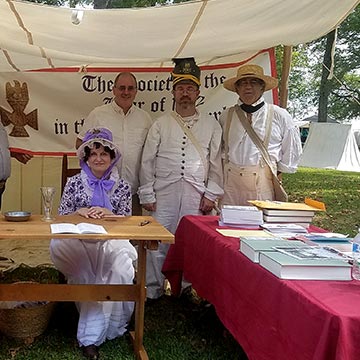 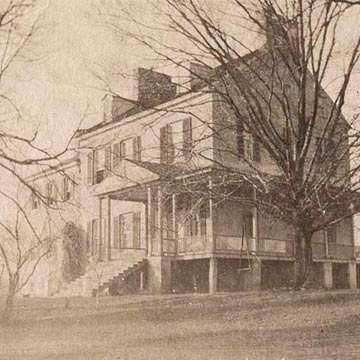 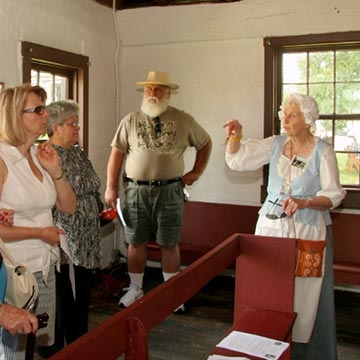 Like most of the standing army, the oldest U.S. Army regiment, the 3rd Infantry, was stationed in the west when the Civil War started in 1861. Recalled from Fort Clark, Texas, they were among the first assigned to defend Washington, D.C. Today, they serve as the Presidential Honor Guard and guard the Tomb of the Unknowns at Arlington National Cemetery. Re-enactors of this noted regiment, in authentic clothing, carrying authentic equipment, demonstrate firearms and provide a glimpse of Civil War camp life. (Led by Wm. Longnecker). 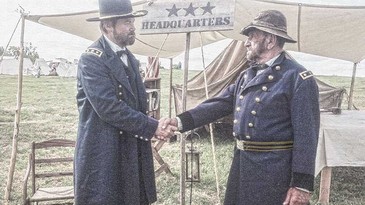 Brian Withrow, as General U. S. Grant, is expected to make a special appearance to honor and acknowledge Fork UMC’s 250th anniversary celebration. A retired Air Force Lt. Colonel, Brian has been a a historical reenactor and impressionist for 15 years, devoted to bringing the experiences of the ordinary soldier during the American Revolution and the Civil War to life through interactive presentation. Brian conducts lectures, demonstrations, and historical vignettes to present soldier’s personal reflections obtained through research of letters, diaries, and other primary sources and has served as a Military Staff organizer, advisor, and participant in battle reenactments including the 150th of Gettysburg. 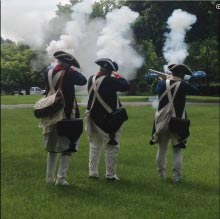 In his History of Harford County, Maryland, Walter W. Preston notes that Aquila Hall, a prominent resident of Harford County, was zealous in the cause of the Revolution and the first to sign the Bush River Resolution in March 1775. (Some believe this was the first declaration of independence.) By September 1775, Aquila organized a military company and when Maryland officially organized an Army in 1776, Maryland’s Upper Battalion of Harford was formed under his leadership as a Colonel. The Society for the Sons of the American Revolution (SSAR) honors their ancestors from the melting pot of colors and races who served as Revolutionary Patriots between 1775 and 1783 supporting American Independence. Re-enactors in period costumes from the Aquila Hall Chapter of the Md. SSAR portray day-to-day life in the early military, demonstrate firearms and present a special honor at the gravesite of their former President, John B. Watkins who is interred at Fork UMC. (Led by William Stinson.) 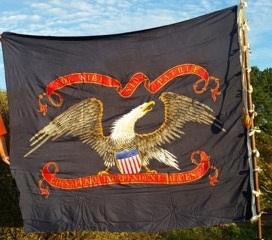 The Chesapeake Independent Blues are dedicated to telling the story of the War of 1812 and events leading up to this second war with Great Britain. Formed in 2012, the Blues, dressed in historically accurate military uniforms with reproduction smoothbore muskets and other common military itesm, create living history representations of the Maryland citizen-soldiers who served during the War of 1812. The focus of the organization is on public education, and the group refers to its volunteer members as interpreters rather than re-enactors. Maryland suffered deeply during the War of 1812.  The State itself saw more action and devastation than many other parts of the Mid-Atlantic region.  The British blockaded the Bay in the Spring of 1813 and then systematically destroyed towns, vessels, warehouses and homes throughout the region. Local militias, like the Blues, were essential to helping communities fend off British attacks. (Led by Mark Dubin, a Maryland Park Service Historic Weapons Safety Officer.) 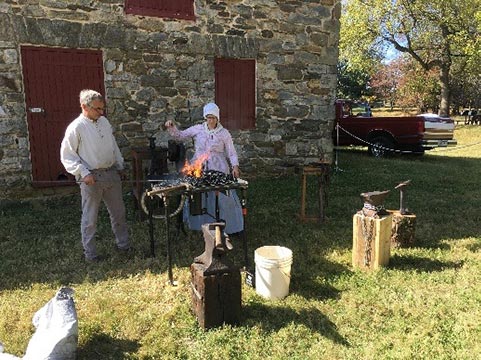 In 1772, Lee’s Merchant Mill opened for business on the north bank of the Little Gunpowder Falls and the mill eventually became the centerpiece of a small Quaker Village. The state of Maryland purchased the property that included the mill, the blacksmith shop and the stone building behind the mill for Gunpowder Falls State Park. In time, a handful of concerned local residents embarked on a long journey to recapture the past, and with state assistance, saved the whole village, one of the most intact historic mill villages in Maryland. Admire the handiwork of blacksmiths demonstrating their craft, during an early period of Baltimore County history. (Led by Henry Irving.) visit jerusalemmill.org. 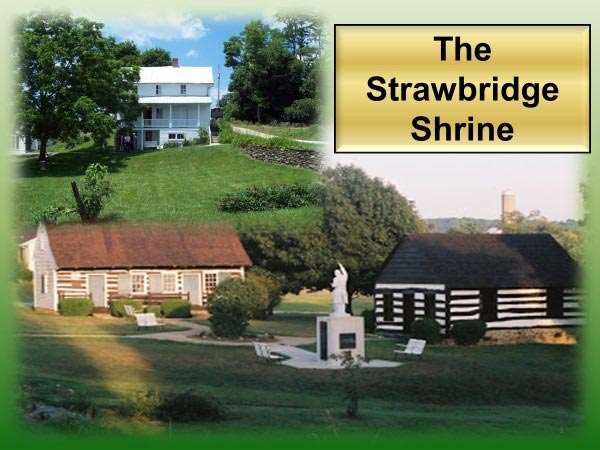 While preaching near Terryhugan, Ireland, Robert Strawbridge met and married a devoted Wesleyan, Elizabeth Piper. In 1760, they travelled to the New World and Robert began spreading the word of Wesleyan Methodism, forming the group that became the First Society of Methodists in America. Robert travelled widely throughout the mid-Atlantic area, establishing Methodist Classes. While Robert traveled, Elizabeth managed their home, farm and six children and found time to witness to neighbors, including John Evans, the first American convert to Methodism. In 1773, Francis Asbury, Robert Strawbridge and two others were appointed to Baltimore, the largest circuit of the fledgling church. Robert had a significant impact on early Methodism, including Fork UMC. Dressed in period costume, the Shrine’s curator relates the story of this early Methodist leader. (Led by Helen Kemp.) Visit the Strawbridge Shrine 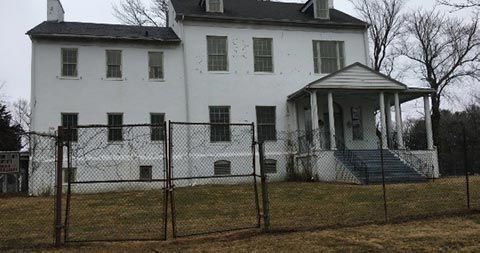 Erected on a hill above the Gunpowder River, construction of the Perry Hall Mansion began under Corbin Lee and was completed by Harry Dorsey Gough and his wife, Prudence. The Gough’s were prominent 18th century merchants, planters and patrons of the fledgling Methodist Church. Mrs. Gough’s brother was Charles Carman Ridgely, an heir to the nearby Hampton Mansion. The estate was so influential, it gave its name to the surrounding area in Baltimore County. Dressed in period attire, listen to the story of colonial life on the Perry Hall Estate, its key role in 18th century Baltimore County and the estate’s early connection to the Methodist church, as told by the co-author of Perry Hall Mansion, Jeff Smith. Visit historicperryhallmansion.org. 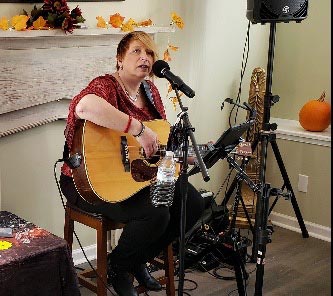 Fun for all ages. Pit beef, turkey and ham, fresh off the grill to you, will be served along with funnel cakes, Smoothies and more. Bring your appetite!