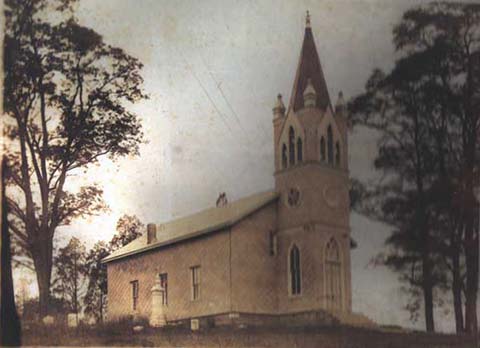 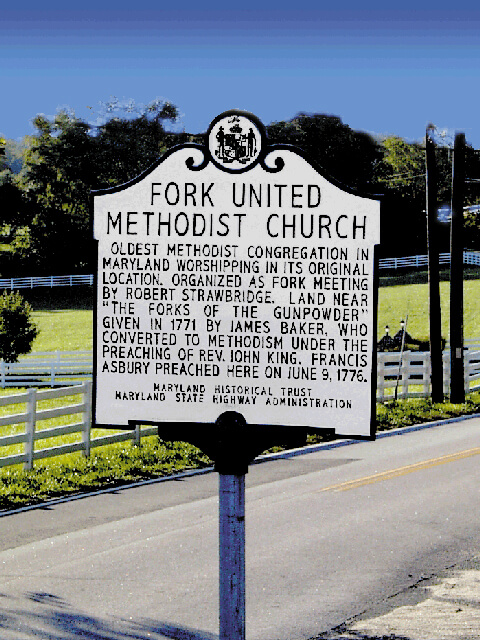 Fork is the site of one of the oldest Methodist congregation in the country. The founder was James Baker, the first Methodist convert in the City of Baltimore.

In April of 1771, “James Baker from the Forks of the Gunpowder, deputy surveyor of the county, happening to be in Baltimore Town, and attracted by the crowd in attendance upon the first appearance of John King (who had studied under John Wesley in England) at a blacksmith’s shop at Front and French Streets, sat upon his horse and listened to the sermon.”

When James Baker arrived at home in Fork, after hearing Mr. King, he immediately opened his home as a regular preaching place for visiting Methodist ministers and he started a Society of Methodists. This society became the Fork Methodist Episcopal Church and eventually the Fork United Methodist Church.

One of the early preachers of Fork was Francis Asbury, who became the first bishop of the Methodist Episcopal Church in America in 1784. Asbury kept a daily journal in which he recorded preaching at “Forks” or “Bakers” nineteen times between 1771-1815 in addition to a Quarterly Conference in April, 1775.

James Baker gave one acre of land from his farm for public worship and in 1773 a log chapel was built. In 1827, the log chapel was replaced by a brick structure which had been remodeled a number of times.

In 1953, a parsonage was built near the church and in 1960 the educational building was completed. Shirley Hall, which had been a Community and Lyceum Hall since the middle of the 19th century and purchased by the church in 1915, was no longer being used so it was completely demolished in 1969.

In 1998, the church was named an “Official Conference Historical Site.” 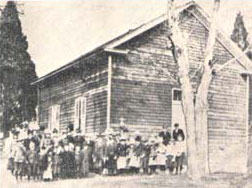 The first Waugh church building was established in 1843.

The first mention of Waugh Church in the Baltimore Conference records was in 1843 as part of the Great Falls Circuit with ten other “preaching places.” In 1864, Waugh became part of the Long Green Circuit which was formed with five churches, including Fork. By the early 50’s, two churches (Fork and Salem) had left the circuit to stand on their own, and Waugh continued as part of the Long Green Charge which also included Union and Wilson churches. In 1970, Waugh was separated from the Long Green Charge and linked once again with Fork to form the Fork-Waugh Charge.

The church was named after Bishop Beverly Waugh who dedicated it. Originally, it was to have been called Geddis Chapel, after John Geddis who gave the land for the first church. However, he declined the honor. His son, John Geddis, Jr., gave additional property and $2,250 toward the building of the present church, which was dedicated on January 12, 1901. 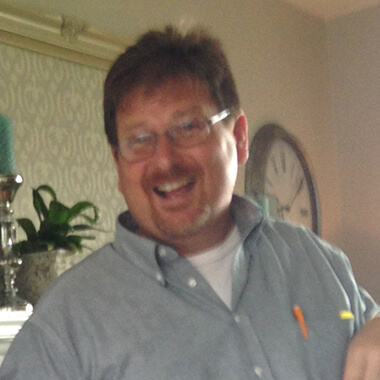